29th November 2016 by tabardit in category IT Support Blog, Microsoft Windows with 0 and 8 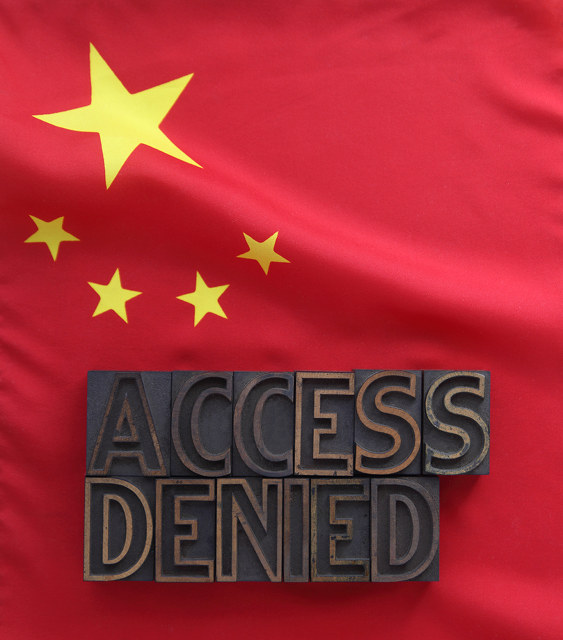 The Great Firewall of China: pretty much alive and well on Microsoft’s messaging client in China. Censorship image by Alice Day (via Shutterstock).

Today, Microsoft has admitted that its Chinese chatbot, Xiaoice, has been the subject of censorship. The artificial intelligence chatbot has been programmed to uphold the Chinese Government’s strict censorship policies. Any questions about politically sensitive topics would be left unanswered with users fobbed off with ambiguous answers.

The politically sensitive topics include:

With Donald Trump, it is stated on Fortune’s website that asking about the US president-elect warranted a quick “I don’t want to talk about it” style response. In response to the question “topple the Communist Party”, Xiaoice’s answer was “Am I stupid?”

A Microsoft spokesperson said, “We are committed to creating the best experience for everyone chatting with Xiaoice.” Even so, Facebook are considering a similar censorship model in China, possibly for its instant Messenger app.

There are claims that Britain’s Digital Economy Bill and Investigatory Powers Bill would see Chinese style snooping and censorship. The Open Rights Group are among the most vociferous critics. The government’s proposals would compel Internet Service Providers to keep a year’s worth of online transactions. They would also be their gatekeepers, blocking adult-orientated content by means of age verification.

Today, the Investigatory Powers Act has been granted Royal Assent. Set to come into force next year, it has been hailed as one of the most extreme forms of surveillance. Here’s what NSA whistleblower, Edward Snowden had to say prior to gaining Royal Assent:

The UK has just legalized the most extreme surveillance in the history of western democracy. It goes farther than many autocracies. https://t.co/yvmv8CoHrj