28th July 2016 by tabardit in category IT Support Blog, Microsoft Windows with 0 and 11

Four important Windows 10 updates that could seriously enhance your productivity 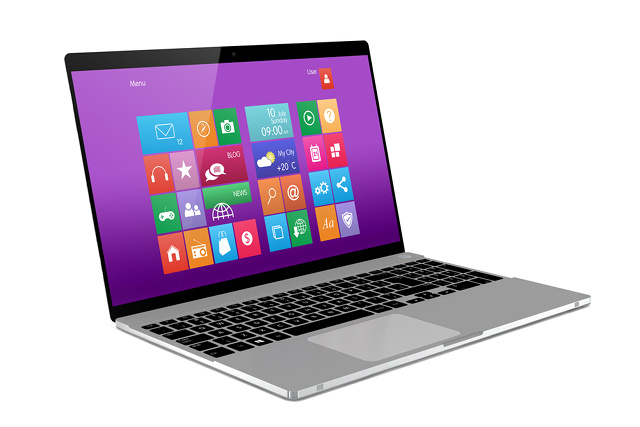 Do you still have Windows 7 or 8? The latest set of updates sees enhancements for Cortana and the use of facial recognition for passwords. Both of which well worth downloading Windows 10 for alone. Image by You Can More (via Shutterstock).

The last hour is ticking away. One hour to go till the stretch limo becomes a pumpkin. An hour to go till the free WiFi cuts out in The Palace of the Internet of Things where Prince Charming is sharing Instagram, Facebook, and Snapchat updates with Cinders. O.K., enough of the surrealism, now for the serious stuff: you only have one day to download Windows 10, whilst it is still free. After midnight, on the 30 July, Windows 10 would cost you the best part of £100 or thereabouts.

Before you think adding Windows 10 isn’t worth the hassle, this August will see the arrival of four valuable updates.

Imagine going to your favourite shop or pub. In time, the shopkeeper or bartender will recognise your face. With Windows Hello, your very own laptop will be able to do the same. At the moment, this is only supported by a handful of laptops with compatible programs and apps. We at Tabard IT will be watching this development with interest.

The Changing Face of Cortana

Cortana is proving to be the modern face of Microsoft in the 2010s, having established itself as part of Microsoft’s mobile and PC versions of Windows. In addition to Windows Phone devices, support has now been extended to Android smartphones. New features include an ability to get street directions and weather information through Cortana (also available on iOS devices).

Users of desktop and laptop PCs won’t be left out either. You will be able to take ‘phone calls and receive text messages from your laptop. Paired with your Android device, missing calls needn’t be a worry. Plus you will be able to use Cortana whilst your device is in lock screen mode. You can set reminders for meetings or turn your device into an alarm clock. Instead of a bog-standard alarm, you can choose a favourite tune to wake up with (AC/DC’s Thunderstruck could be a good choice if you wish to make the morning train).

We at Tabard IT are quite excited about Windows Ink which brings the sketchbook or wire-bound notepad to your laptop. The Windows 10 update will take a step closer to this goal, enabling you to ‘sketch’ on your laptop – like a pen or pencil. The pen-enabled panel will be given access to sticky notes, a sketchbook, and similar apps. If you ‘write’ “Preston station, 12.30 am” through Windows Ink will be added to your reminder list on Cortana.

Plus, Cortana could give you directions to the railway station. Chances of missing the Caledonian Sleeper at 1am, nil. Cue one happy traveller.

The Chrome web browser is still top dog at the moment, owing to its supported extensions and use on mobile devices as well as ‘traditional’ PCs. Microsoft’s Edge browser has a small but dedicated following though one that is likely to gain popularity. This will be enhanced by the addition of extensions, as seen on Chrome, Firefox, Safari, and Opera browsers. We are happy to see how Edge has held its own on Windows 10, compared with the old days when Internet Explorer 6 was seen as a music hall joke.

If you haven’t loaded Windows 10 onto a compatible machine, you would be daft not to between now and tomorrow night (whilst it is still free to download). The four updates we have championed will be useful additions to your daily routine. They are consistent with Microsoft’s change of focus towards the PC being a useful device for day-to-day living. A home computer in the truest sense, similar to Apple’s vision with the iMac in the late 1990s.

Oh, and once you’ve read this post (especially before the 30 July), get that copy of Windows 10 onto your machine PDQ! Click this link to get to Microsoft’s Windows 10 page.