3rd May 2017 by tabardit in category IT Support Blog, Microsoft Windows tagged as competition, Google Chromebook, Microsoft, Surface Laptop, Windows 10 S with 0 and 9 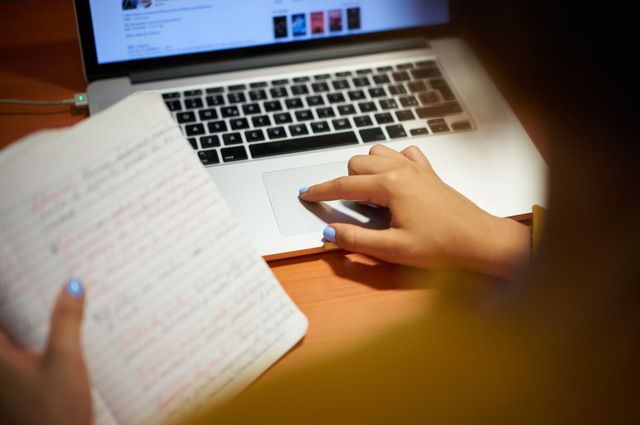 An Apple and Google beater? Microsoft’s forthcoming surface laptop will be aimed at educational markets – with deep pockets. Image by Diego Cervo (via Shutterstock).

The new surface laptop will be a traditional clam shell style, so the detachable keyboard option has been ditched. The keyboard will be coated in alcantara fabric. Therefore, it would be like typing inside a jewellery case.

Another feature of Microsoft’s forthcoming product will be its operating system. It will come with a stripped down version of Windows 10. Known as Windows 10 S, it is designed for cloud computing. So far, there has already been criticism of the OS, designed to optimise performance on lower end systems. One annoyance being an ability to change your default browser from Edge, and your preferred search engine from Bing to Google.

Is $999 too expensive for school and university uses? A good point. From John Lewis, ASUS’ Chromebook C201PA is in reach of most budgets, selling for £199.95 including VAT. This has a modest 2GB of RAM and 16GB storage space. The 1366 x 768 pixel resolution isn’t too shabby.

Specification and price wise, the HP Chromebook 13 G1 has more in common with Microsoft’s new surface laptop. It has 8GB RAM – double Microsoft’s 4GB – a respectable 1920 x 1280 resolution, and 32GB storage space. The price, according to the eBuyer website, is £876.45 including VAT. Allowing for exchange rates, this is not far removed from Microsoft’s likely UK price.

Microsoft’s Surface Laptop will be launched on the 15 June 2017 with a recommended selling price of $999 (or equivalent outside America). There will also be a future article on the Tabard IT blog about Windows 10 S.