Swatch Ticking Off By Apple

13th April 2017 by tabardit in category IT Support Blog tagged as advertising, Apple, copyright, intellectual property, Swatch, Timex with 0 and 1 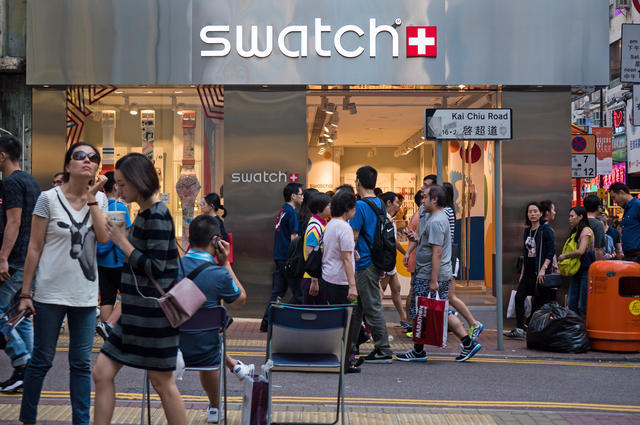 On the 24 January 1984, Apple launched Macintosh, a machine which was advertised on the grounds that 1984 would be nothing like 1984. At around the same time, Timex’s Dundee plant was turning out ZX Spectrum 48k computers for Clive Sinclair’s company. In 1983, Swatch was formed by Nicolas Hayek and brought colour to the watch market – stealing a march on Timex. The company was already making an impact with its stylish Swiss made watches.

Little did we know that back in ‘84, that Apple would take the world by storm with its iPhones, iPods, and iPads. We were listening to Michael Jackson’s Thriller album on our Walkmans and playing Horace Goes Skiing on the Speccy’s dead flesh keyboard.

Fast forward to 2017: you can get Apple and Timex watches. Swatch thrived in the last 34 years. Sinclair Research was sold to Amstrad in 1986 (Lord Sugar’s enterprise is now owned by Sky), and Timex’s Dundee factory closed in the summer of 1993. Back in 1984, copyright theft and intellectual property issues meant taping Speccy games for your mates. Today, more often than not, it is a bigger company threatening legal action, over the alleged theft of its product names or advertising slogan.

This brings us to Apple’s story. This week, we have learned that Apple Inc have given Swatch a ticking off over its latest slogan, “tick different”. Our friends at One Infinite Loop, Cupertino have stated how similar it is to their 1997 – 2002 tagline. That, to advertise its groundbreaking iMacs, was “think different”.

Used to advertise its Bellamy watch (which includes a contactless card chip), it is claimed by Apple’s lawyers, Lenz and Staehelin, that the “think different” tagline is “the core of the Apple brand”. Swatch has held the trademark for the Tick Different tagline in the USA and its native Switzerland since 2015.

In a previous case between Apple and Swatch, the UK Intellectual Property Office ruled in favour of the Swiss watchmakers. Apple’s iWatch was deemed as being too similar to iSwatch and Swatch.